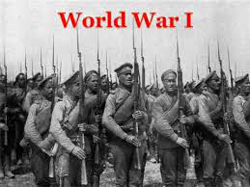 Key Points: Key words: ESSAY ANSWER QUESTIONS
1. How did the idea of nation states and nationalism influence desire for war during world wars?


2. Write a short note on various causes of two world wars? Do you think any of these are prevailed even today in countries around the world? How?

3. What are the different impacts of wars during the first half of 20th century?
SHORT ANSWER QUESTIONS
1. Correct the false statements.
i) At the beginning of 20th century disparity across the world was marked by the west and the rest.
A. The statement is correct.
ii) 20th century saw the rise of democracy and instances of dictatorship as well as making of new kingdoms.
A. The statement is right.
iii) Socialist societies wanted to build on the idea of equality and fraternity.
A. The socialism spread in Eastern Europe and socialist countries wanted to build their
societies on the ideas of equality and fraternity. Hence this statement is also correct.
iv) Army members of countries fighting belonged to many different countries and not just
those which directly participated in the war.
A. This statement is right.
v) After or during the First World War, many countries changed over from monarchy rule to democracy.
A. This statement is wrong. Only after the World War-II, many countries switched over from monarchy to democracy.
2. Make a table to show Allies, Axis and Central powers, not participated with following countries on different sides of the world wars. Austria, USSR, Germany, Britain, Japan, France, Italy, USA.
*Allies won the World War-I.

These countries were also joined by associate powers with them during the wars.