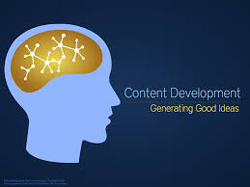 1.Usually behind each social phenomenon there would be several contributing factors, and not one. What in your opinion are the factors that came together for the development of schooling in Himachal Pradesh?
1. Money cannot buy all the goods and services that many need to live well. Income by itself is not a completely adequate indicator of maternal goods and services that citizens are able to use. Many people believe that government should open schools and provide other facilities so that all children have a chance to study.
2. Factors for ‘the echoing revolution in Himachal Pradesh’ are
a) Both the government of Himachal Pradesh and the people of the state were keen on education.
b) The government of Himachal Pradesh stated schools and made sure that education was largely free of Cost.
c) It tried to ensure that these schools had at least the minimum facilities of Teachers, Class rooms, Toilets , drinking water etc,. As the years went by, these facilities were improved and expanded.
d) More schools were opened and teachers were appointed so that many more children could study easily.
e) Himachal Pradesh has the distinction of one of the highest spending from the government budget on education of each child.
f) The norm in Himachal Pradesh has come to be at least 10 years of schooling for children.
g) A welcome trend in Himachal Pradesh is the lower gender bias. Himachal parents have ambitious educational goals for their girls, Just as for their boys.
h) Himachal mothers expect their daughters to work out side home after marriage. Schooling therefore comes naturally and has become a social norm.
i) In year 2005. Himachal Pradesh was spending Rs.2.005 per child on their education.

2.Do you think there are certain other aspects, other than those discussed in the chapter that should be considered in measuring human development?

3. Why do you think parents accord less priority to girls education as compared to boys? Discuss ?

4. Right to education Act, 2009 (RTE) declares that all children of 6 to 14 years age have the right to free education. And the government has to ensure building of sufficient schools in the neighborhood, appoint properly qualified teachers and make all necessary provisions. In the light of what you have read in this chapter and already know, discuss and delete the importance of this Act for (i) Children, and (ii) Human Development.

I The Importance of the RTE for Children:
II For Human Development.
1. Education is the key component of human development. It serves as a building block to get a quality elementary education.
2. The state with the help of all commentates should fulfill this obligation. It is essential for the development of the society as a whole.

2. In what respect is the criterion used by the UNDP for measuring development different from the one used by the World Bank?
1. UNDP (United Nations Development Program me) used the criterion of Human Development Index for measuring development of different countries.
2. UNDP compares countries based on the educational levels of the people, their health status and per capita income.
3. World Bank compares countries based on the per capita income.
4. UNDP measures the development of the people on the following aspects. They are
a. Life Expectancy at birth
b. Average years of schooling
c. Health states
d. Per capita income etc.
5. Thus UNDP’s criterion gives us a clear- cut information.

3. Why do we use averages? Are there any limitations for their used illustrate with your own examples related to development?
1. The Total income of the country is the income of all the residents of the country. For Comparison among countries, total income is not such a useful measure. Since, countries have different population, comparing total income will not tell us what an average people is likely to earn. Hence, we compare the average income which is the total income of the country divided by its total population.
2. There are certain limitations for using per caption income for comparing countries. They are
a. It enables to show how income is distributed among the people of the country.
b. Some important aspects of Human development like Infant Mortality rate, literacy rate, net attendance of schooling etc. are not considered while calculating per capita income.
c. The Socio- Economic disparities will not be taken into considered while computing per capita income.