No Interviews for TSPSC Group1 Posts?

The Telangana government has decided to remove interviews (oral examination) for the soon-to-be-filled TSPSC Group-1 jobs. 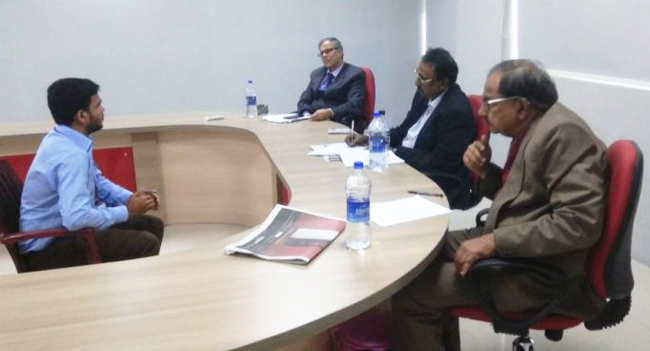 Official orders will be issued after consulting with legal experts and TSPSC officials. However, government sources were adamant about the decision. In order to avoid legal complications, the file was sent to the Department of Justice and the matter was examined in depth as to whether cabinet approval was required or not. GO will be given so that changes in the conduct of competitive examinations do not require Cabinet approval.

Since the formation of the state, TSPSC has so far carried out only Group-2 and lower level recruitment. Group-1 notification has not yet been issued in the new state. In this context, the government plans to take up the recruitment process with reforms and move in a new direction.

Earlier, the Group‌ – 1 recruitment process went through 3 stages. Interviews were conducted after qualifying for the Mains exams. Appointments were then made on the basis of merit. So far written test and interviews are being conducted in Group‌ – 2.  In this regard, TSPSC has already clarified the syllabus and examination procedure for Group-1 and Group-2. Doubts have also been expressed as to whether there will be any changes in the syllabus if the interviews are canceled. Many feel that a change in the syllabus may delay the issuance of notifications and that it may take time for the new syllabus selection. However, a senior official said that it would be sufficient to make minor changes in the syllabus to cover the prelims and mains written tests without making any major changes.

How to Crack Group 1 in short period? TSPSC Preparation Tips

How to Prepare for TSPSC Group 1?