The government is reimbursing the full fee only to the students who get a rank of less than ten thousand in TS EAMCET 2022. As a result, most of the students from backward classes and Economically Weaker Section (EWS) are facing difficulties. 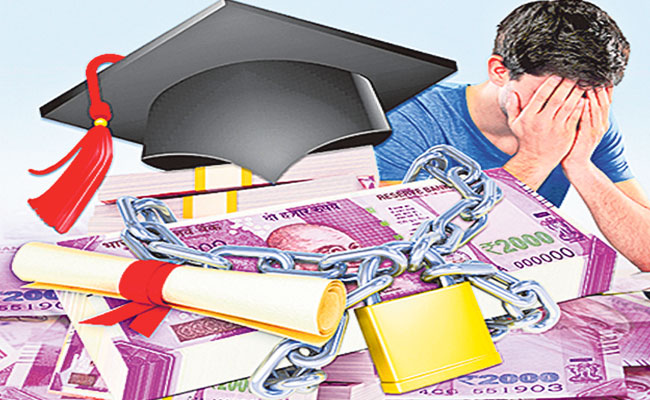 Even if the CM responded positively..
A few years ago, the rank ceiling was imposed in the fee reimbursement scheme. Since then, protests have been pouring in from student associations as well as from BC associations and other social groups. There are concerns that the full fee should be reimbursed to BC and EWS students equally to SC, ST and minority students. In this context, BC MLAs and MLCs of the state appealed to CM KCR to lift the rank ceiling on many occasions. Suggestions to this effect have also been made in the BC Declaration proposals. Even after three years have passed since the Chief Minister gave a positive response to this, the issue has not been resolved. With the rank ceiling rule, thousands of BC and EWS engineering students are getting half the fee reimbursement every year, but the parents have to pay the additional fees in the respective colleges.

About half of them are BCs
BCs are half of those who have secured ranks below 10000 in TS EAMCET 2022. According to the statistics of the welfare department, if the general category and EWS, SC, ST and minority students are excluded, BCs have an average of 3,000 to a maximum of 6,000 students. From this calculation, it is clear that the number of students receiving full fee reimbursement is not more than 6,000. While the number of students enrolling in various courses in engineering colleges in the state is one lakh every year, only 6 thousand BC students are getting full fee reimbursement. While 10 percent of the total students are sanctioned with full fees, the share of BCs is only 6 percent.

Indian History Bitbank For Civils, A..

AP EAPCET 2022: No Fee Reimbursement for These Self-Supporting Courses