After a meeting with State Wildlife Board, Maharashtra Chief Minister Devendra Fadnavis has officially declared Blue Mormon species as State butterfly as part of State symbols. With this, Maharashtra became the first state in the country to have a State butterfly. 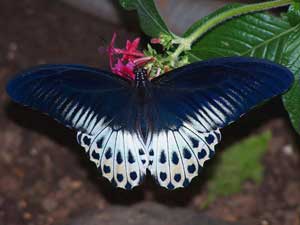