According to World Economic Development India stood at 114th rank in the Gender Gap Index-2014. In total 142 countries ranks were released. 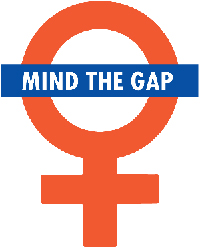 According to WEF, the poor rank of India is mainly down to deterioration in economic participation and opportunity, as well as educational attainment. In economic terms, India ranks 134th overall, with low scores in terms of labour force participation, wage equality and estimated earned income. Equality in terms of health and survival, too, remains a problem, where it ranks 141 out of 142 only behind Armenia. As regards, the sex ratio, India is at a poor 134th

The only silver lining is the country remains a role model in terms of political empowerment, in which it ranks 15th. India has 111 women in Parliament, with 107 women in Ministerial positions. This is the ninth year of the index, introduced by WEF in 2006. WEF said that in nine years, the world has seen only a small improvement in equality for women in the workplace, with the gender gap for economic participation and opportunity at 60 per cent worldwide having closed by only 4 per cent from 56 per cent in 2006. According to report it will take 81 years for the world to close this gap completely

How do NEET Toppers Study?