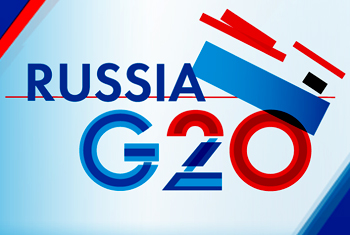 Summits are the major areas of General Knowledge where questions appear frequently for Civil Services, Group 1 & 2 and other competitive exams. The questions from the Summits may appear in the following pattern:

Which of the following is not a member country of the Summit?
When did the first Summit took place and where?
What is the number of the Summit which took place recently?
Where the upcoming Summit does takes place?
Here we are discussing about the Summits which are more or less relevant to India and have high stakes from the exam point of view.

G20
The G20 comprises a mix of the world's largest advanced and emerging economies.
G20 represents about two-thirds of the world's population, 85 per cent of global gross domestic product and over 75 per cent of global trade.
The members of the G20 are Argentina, Australia, Brazil, Canada, China, France, Germany, India, Indonesia, Italy, Japan, Republic of Korea, Mexico, Russia, Saudi Arabia, South Africa, Turkey, the United Kingdom, the United States and the European Union. 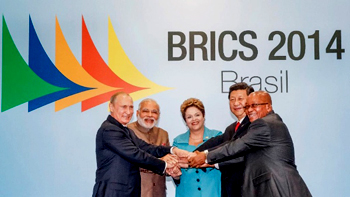 The acronym "BRICs" was initially formulated in 2001 by economist Jim O'Neill, of Goldman Sachs, in a report on growth prospects for the economies of Brazil, Russia, India and China.

BRICS represents 26% of the planet's land mass, and is home to 46% of the world's population. 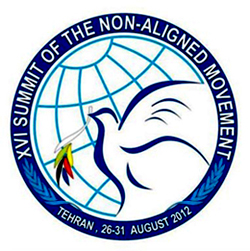 The Bandung Asian-African Conference of April 18-24, 1955 is the most immediate antecedent to the creation of the Non-Aligned Movement.

The Non-Aligned Movement (NAM) was created and founded during the collapse of the colonial system.

The NAMs actions during the early days were a key factor in the decolonization process, which led later to the attainment of freedom and independence by many countries.

At present, the Movement has 120 Member States, 17 Observer Countries and 10 Observer organizations. 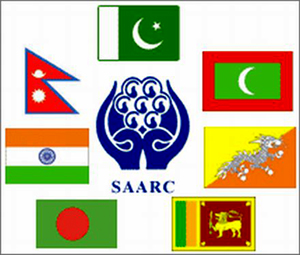 Its seven founding members are Bangladesh, Bhutan, India, the Maldives, Nepal, Pakistan, and Sri Lanka. Afghanistan joined the organization in 2007.

SAARC Headquarters are in Kathmandu, Nepal. 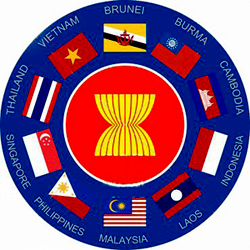 The Association of Southeast Asian Nations, or ASEAN, was established on 8 August 1967 in Bangkok, Thailand, with the signing of the ASEAN Declaration by the Founding Fathers of ASEAN, namely Indonesia, Malaysia, Philippines, Singapore and Thailand. 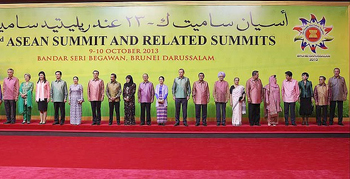 The concept of an East Asia Grouping was first promoted in 1991 by then Malaysian Prime Minister Mahathir bin Mohammad.

Established in 2005, East Asia Summit is a forum of 18 countries of the Asia-Pacific region to further the objectives of regional peace, security and prosperity. 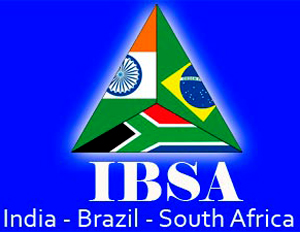 IBSA Dialogue Forum was formally launched on 6 June 2003 through the adoption of the landmark "Brasilia Declaration". 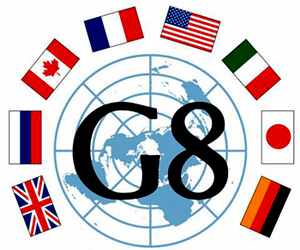 When the group was formed in 1975, it was known as the G6, comprising France, West Germany, Italy, Japan, the United Kingdom, and the United States.

The summit became known as G7 in 1976 with the addition of Canada. Russia was added to the group in 1998. However, presently Russia’s candidature is under suspension.

The aggregate GDP of G8 states makes up some 50 percent of the global economy.