India’s economic survey pegged growth at more than 8 per cent for the next fiscal and said inflation was now declining, 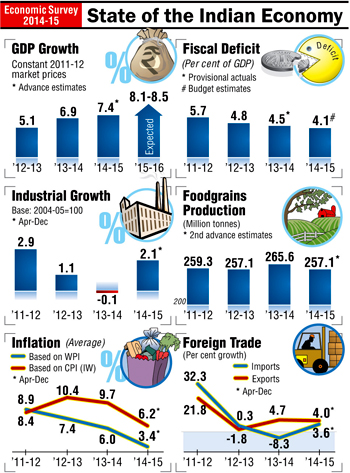 while also setting the agenda for reforms needed to further drive the expansion, prune wasteful expenditure and promote productive investment.

Tabled in parliament by Finance Minister Arun Jaitley and authored by a team led by Chief Economic Advisor Arvind Subramanian, the annual report card on the state of the economy said the growth should now rise further and double digit expansion was a possibility.

On inflation, the survey said, there has been a fall of over 6 percentage points since 2013, even as the external sector, which includes exports and inflow of foreign funds, was returning to a path of strength and resilience. Industrial growth has also picked up now.

It also had some good news to report on the farm sector. “Foodgrain production for year 2014-15 is estimated at 257.07 million tonnes and will exceed that of last years by 8.5 million tonnes.”

It also made a case for rationalisation of subsidies and said such doles did not appear to have had a transformative effect on the living standards of the poor. On the fiscal side, it said the government was committed to consolidation with revenue generation a priority.

Following are the highlights of the survey: 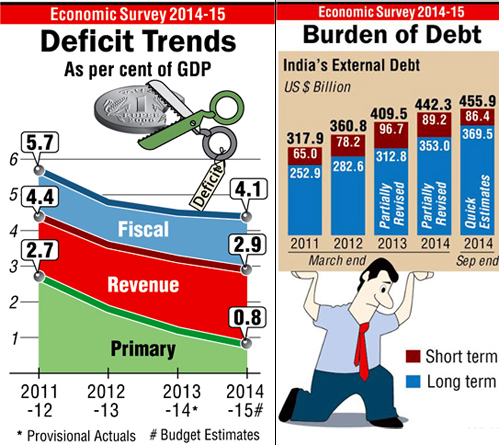 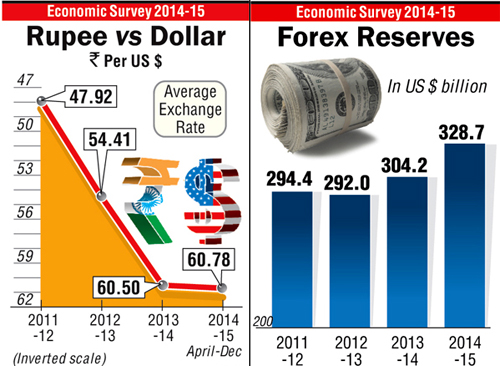 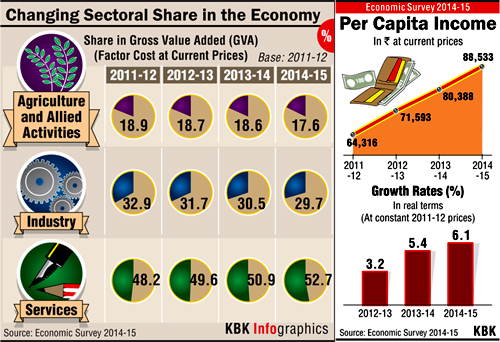