Recently, India and the USA have participated in a virtual ministerial meeting of the U.S.-India Strategic Energy Partnership (SEP) to review progress, highlight major accomplishments, and prioritize new areas for cooperation. 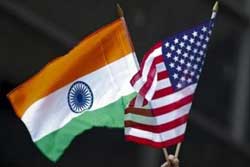 The SEP was established in April 2018 whose objective is to encourage meaningful engagements through robust government-to-government cooperation and industry engagement.The next Ministerial meeting will be held in 2021.

2. Oil and Gas: A Memorandum of Understanding (MoU) was signed to begin cooperation on Strategic Petroleum Reserves operation.

3. Renewable Energy: The both sides launched a public-private Hydrogen Task Force to help scale up technologies to produce hydrogen from renewable energy and fossil fuel sources and to bring down the cost of deployment for enhanced energy security and resiliency.

4. Sustainable Growth: The best practices are being adopted through methodologies in energy data management and capacity building in energy modeling.