HYDERABAD: Telangana government which had already postponed Secondary School Certificate (SSC) examinations across the state, to take a key decision over the possibilities of conducting SSC exams in other parts of the state besides the GHMC in a high-level meeting scheduled to be held in Pragathi Bhavan, at 2 pm today. 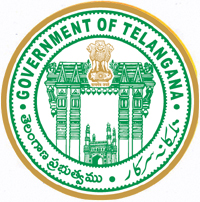 Also check: TS 10th class model papers
State Government likely to cancel the SSC exams for this academic year 2019-20 and promote the students to the next class based on their marks in internal or prefinal exams. Education Minister Sabitha Indra Reddy and officials will discuss the issues related to examinations and the decision to be taken at the meeting.

The Education Department officials came to an opinion that it would be better if the state government completely cancels the SSC exams for the academic year 2019-20 in view of coronavirus outbreaks in the state. In addition, if exams are conducted as per the high court order to all the students except those who were residing in GHMC limits then there is an increased risk of psychological anxiety among the remaining students.

Under these circumstances, the government will also discuss the possibility of cancelling the exams for this academic year and promoting them to the next class based on internal marks or prefinal marks. Even the teachers have also advised the government to pass all SSC students this year based on the pre-final exams which were conducted before preparing students for the annual exams.

Ministry of Education has already acquired the pre-final exam marks of all the students across the state so that the announcement of the SSC results could be made quicker. The state SSC board to announce their decision immediately through an official statement after the review meeting with the Chief Minister.

In the current situation, state government likely decide to completely cancel the SSC exams and assign grading to students based on internal examinations.

Initially, after Telangana High court on Saturday, ordered the government to conduct the SSC exams in the entire state except in the high containment areas of Greater Hyderabad municipal corporation (GHMC) and Ranga Reddy. The state government led by Chief Minister K. Chandrashekar Rao has postponed the Secondary School Certificate (SSC) examinations which were supposed to be held from Monday, across the state on Saturday night.

Even Chief Minister KCR recalled at a recent press conference that the Osmania University had cancelled its annual examinations due to the riots that broke out when the Hyderabad establishment merged with India in 1951. Government sources are of the opinion that this is the best decision in the present situation. Already, states like Haryana and Punjab have decided to cancel tenth exams and promote all students.