The Finance Ministry has approved the recruitment of Group-1 and 2 posts, which are the highest services in Andhra Pradesh. 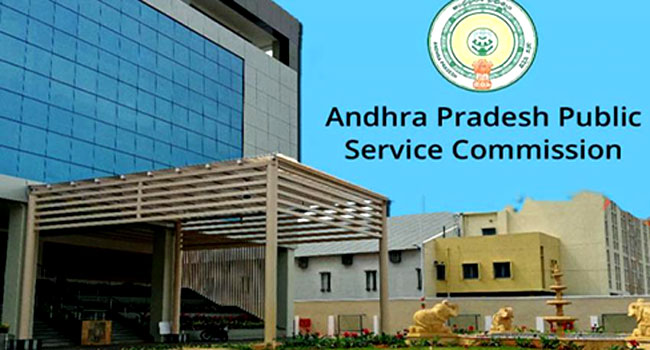 The orders have already been issued by Special Secretary to the Finance Ministry SS Rawat on March 31 (Thursday). 110 posts will be filled in Group-1 and 182 posts in Group-2. It is known that Chief Minister YS Jaganmohan Reddy has recently directed to recruit more posts than the previously announced job calendar. With this, 292 jobs were announced in Group 1 and 2 divisions. A notification will be issued soon after the Finance Ministry approves the recruitment of those posts.

To overcome stress...
Most of the aspirants feel stress in everyone like competitive exams. Suffer from anxiety. Psychologists suggest that the study should begin with a positive attitude to overcome such pressures.

With a clear purpose..
Those preparing for competitive exams must first set a clear goal. Must have a strong aspiration towards the chosen goal. One should be very clear towards the job, rather than with the tendency to apply. Then prepare for the exams with the necessary material and coaching and start the preparation with mental and physical readiness.

Right Attitude...
Many people lose confidence even after starting preparation. He worries that he will not be able to compete with millions. The feeling that those around them are well educated and that they are the only ones left behind haunts some. Such a skeptical attitude can do a lot of damage. They should start the study with a positive feeling that they will surely succeed. Must be prepared with the profound belief that he is going to be a winner in the upcoming competition.

1st Priority to the Toughest Subjects
Usually most people start with the lightest things while preparing for competitive exams and then move on to the toughest ones. But psychologists suggest that this may not be the case. Whoever grabs the subjects that they find difficult at first will then have the opportunity to complete the easier subjects faster.

Competition with peers should be healthy

Do not worry that they are lagging behind compared to others. Competition with peers should be healthy but should not discourage their preparation. It is better to estimate the level of our understanding of what we read that day than how many hours we read that day.

Yoga, Pranayama, Meditation are a must

Anxiety during preparation can damage health. One must be mentally calm. Yoga, pranayama and meditation must be practiced. This will improve physical health and mental health. Be able to study without fatigue. Proper sleep and good nutrition are also essential during this time.

Time management is also a priority in competitive exams. One should try to master the relevant subjects without wasting time. Make a plan and move forward. Even when writing the test, make time for the questions in advance and try to complete them.

How to become a Film Actor with No E..

No Interview: Written test for all recruitments including Group-1

No Interviews for TSPSC Group1 Posts?

TS Zonal System: Employees to be transferred to the new districts/ zones