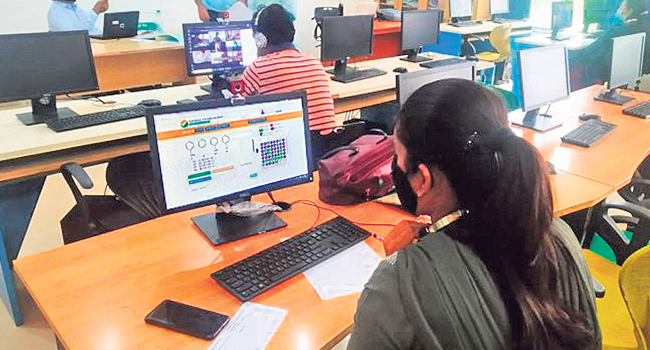 Professor Limbadri released the dates of the common entrance tests LAWCET, ICET, EdCET and other tests will be conducted in July, he said. However, he said there would be changes in the dates of the respective CETs if other tests' dates coincide. Vice-Chairman Prof V Venkataramana along with Secretary Dr S Srinivas spoke to reporters on March 29 at the council office.

He clarified that in view of the financial losses incurred with Covid, the fees for any entrance test would not be increased this time. He said the same fees as in the past would apply. It is known that the TS EAMCET 2022 notification has already been released and the notifications of LAWCET, ICET, EdCET and PGECETs will be released as soon as possible. The qualifications and other details required to apply for the sets will be disclosed in the notification. He said that all the exams will be conducted online.

TSRJC CET 2022 exam to be held on June 6; Download Hall tickets from May 28th

UGC directs universities to admit students based on CUET!

CUET 2022 application deadline extended till May 22

CUET 2022 application deadline extended till May 22

UGC directs universities to admit students based on CUET!