The candidates who are searching for the Staff Selection Commission Combined Higher Secondary (10+2) Level Examination, 2021 Pattern and syllabus can check this page. 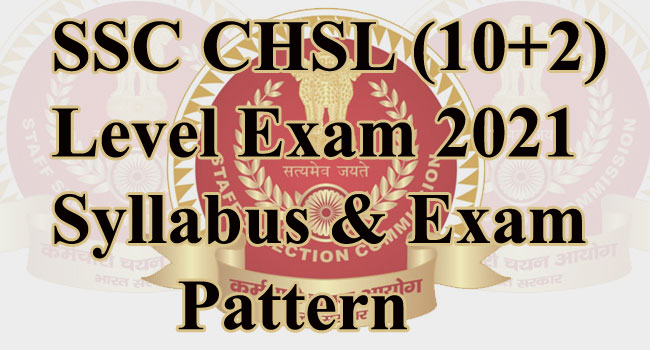 The Tier-I Examination will consist of Objective Type, Multiple choice questions only. The questions will be set both in English & Hindi for Part-II, III & IV.

Note: There will be negative marking of 0.50 marks for each wrong answer. Candidates are, therefore, advised to keep this in mind while answering the questions.

Syllabus for the Computer Based Examination (Tier-I):

General Awareness: Questions are designed to test the candidate’s general awareness of the environment around him and its application to society. Questions are also designed to test knowledge of current events and of such matters of everyday observation and experience in their scientific aspect as may be expected of an educated person. The test will also include questions relating to India and its neigh boring countries especially pertaining to History, Culture, Geography, Economic Scene, General policy and scientific research.