What is a vacuum bomb?

Recently, Ukraine and human rights groups have accused Russia of using cluster bombs and vacuum bombs. The use of weapons have been condemned by international organisations like Amnesty International and Human Rights Watch. 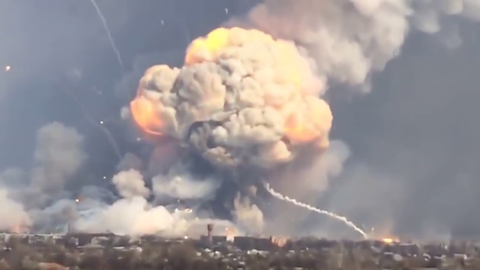 What is a Vacuum Bomb?

In this context, let us know what is a vacuum bomb and how it effects.

All About Operation Ganga

Billionaire Bunkers To Survive During Wars

Top 12 Most Deadliest Wars In History

Weekly Current Affairs (Science & Technology) Bitbank: Which of the following would be India's first carbon-neutral airport?

China releases world’s most detailed map of the moon